The Rhythm of Heat

Throwing It All Away

No Reply At All

Turn It On Again

The Lamb Lies Down on Broadway

Join us at Martyrs’ for a special hybrid Tributosaurus X show, as we become both Genesis and Peter Gabriel.

When we first became Genesis in 2003, it was our first show that really felt like a rock concert. The music is so intricate, so powerful, and yet delicate as well; it demands and deserves scrutiny. We’ll feature many songs from the full early lineup featuring both Gabriel and Phil Collins, as Genesis created some of the greatest progressive rock in existence. After Gabriel left, Collins moved up front from behind the drum kit. The band slowly evolved into enormous popularity, while the musicianship remained outstanding. We’ll touch on Trick of The Tail, Abacab, and more.

As for Gabriel’s solo material, well, he’s one of the most respected songwriters and sonic innovators of his era. He of course deserves his own night (done twice by us years ago), but we didn’t want to miss a chance to shoehorn a few tunes in this month. It will predominantly be a Genesis night, but we’ll pick our most beloved Gabriel as well.

Come exult in this amazing material with us, as we re-visit 2 of our favorite shows in 1 unique night. 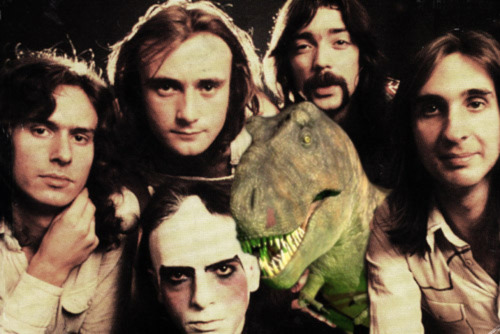